Griner, 31, was arrested at Moscow airport on February 18 for allegedly bringing vape cartridges containing hash oil – which is illegal in Russia – into the country.

Russian officials say her arrest is based on ‘objective facts and evidence’. ‘She was caught red-handed while trying to smuggle hash oil. In Russia, this is a crime,’ a statement, obtained by CNN, read. 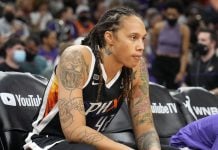 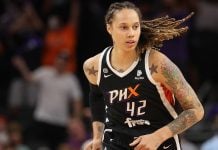 WNBA Fight, Brittney Griner and five other players were ejected