Paul Pierce, who helped the Celtics win a championship in 2008, thinks that Boston has what it takes to go deep into postseason this year.

“The Celtics are playing their best basketball right now. If they continue to play like this I can see them in the Eastern Conference Finals and possibly the Finals,” Pierce said.

Boston has stepped up in the second half of the season after struggling earlier. The Celtics climbed out of the play-in zone and are now looking for a direct playoff spot.

They lost just twice in their last eighteen games and are sitting in fifth place in the Eastern Conference. All of the teams above Boston are within reach. 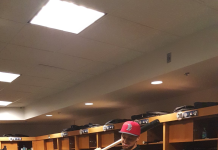