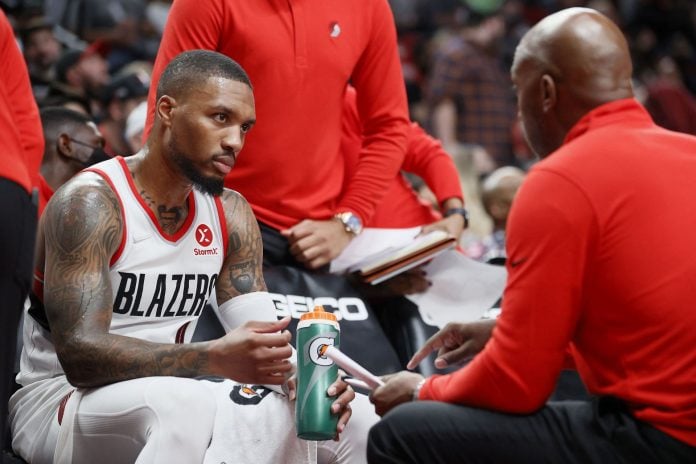 Damian Lillard and the Portland Trail Blazers have now advanced to perhaps their most challenging step in this season of hardship.

Per Chris Haynes of Yahoo Sports, the superstar is about to enter a surgery procedure to fix his abdominal injury and will have to take six to eight weeks of re-evaluation.

Due to the pain which started from his previous Tokyo Olympic stint, Lillard has missed the last five games of the Blazers. He played nine games for the team in December until being ruled out again.

Lillard didn’t join Rip City’s six-game road trip and has already visited two specialists, who suggested that a medical procedure is the best way to alleviate the issue, as told by Haynes.

His health as well as the current condition of Portland in the standings will dictate his further availability this season. As such, head coach Chauncey Billups didn’t deny the possibility of shutting down the 31-year-old star point guard.

Blazers’ Josh Hart: “Not being in the playoffs is so a*s”