After 22 years of being known as the Staples Center – the historical home of the NBA’s Los Angeles Lakers and Clippers – the infamous world-class arena will finally be renamed.

And it shall be called Crypto.com Arena for years to come starting on December 25 – the date wherein Kevin Durant and the Brooklyn Nets will face LeBron James and the Los Angeles Lakers for an enticing Christmas day showdown.

As per news from the Los Angeles Times, Crypto.com struck a massive deal with the Anschutz Entertainment Group to rename the stadium for more than $700 million – considered as one of the biggest naming rights deals of all time.

“In the next few years, people will look back at this moment as the moment when crypto crossed the chasm into the mainstream,” Crypto.com chief executive Kris Marszalek told the Los Angeles Times from his home in Hong Kong.

“This is just such a brilliant move from the guys at AEG, because the next decade belongs to crypto. And this positions L.A. and this particular venue right at the center of it.”

Meanwhile, there are no details being provided yet on how long the transaction remains effective. 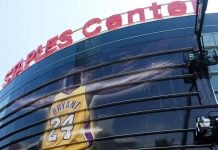 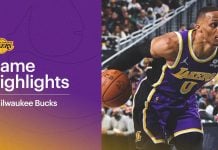 Skip Bayless: “LeBron James is no longer capable of lifting a...