Boston Celtics will face the Cleveland Cavaliers again in less than 72 hours, hoping for a different outcome in Monday’s contest.

The Cs released their injury report ahead of the game vs. Cavs, with Jaylen Brown and Brodric Thomas remaining out. Josh Richardson and Al Horford will likely be available.

Horford sat out his second game of the season on Saturday night due to lower back pain, while Richardson was out with right knee tendinopathy.

The Celtics’ bench unit struggled against the Cavs on Saturday night as Boston’s bench combined to score just 15 points.

With Horford back in the fold, Grant Williams likely heads back to the second unit after filling in at power forward. Richardson will take the brunt of Aaron Nesmith or Payton Pritchard’s minutes at the perimeter. 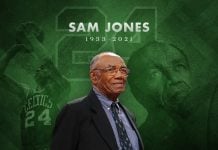