Day 1 of EuroLeague Round 9 saw FC Barcelona and CSKA Moscow return to the winning track.

At Palau Blaugrana, FC Barcelona crushed Baskonia (93-67) and improved to 7-2 in the standings. The Catalans led from start to finish and handed the Basques their fourth straight loss (3-6).

In Moscow, CSKA survived a late thriller vs Maccabi Tel-Aviv (74-73) and snapped a three-game losing streak. The Israelis had the chance to claim the victory in the final seconds. Yet, they missed the final shot and suffered their first defeat after five straight wins. The Russians improved to 5-4, whereas Maccabi dropped to 6-3.

In the other games, Anadolu Efes made its best season performance and dominated ALBA Berlin on the road (63-90). Both teams now have identical records (3-6).

Crvena Zvezda endured the comeback of ASVEL Villeurbanne and extended its winning streak to two games (73-67). The Serbians now are at 4-5, whereas ASVEL missed a chance to climb to the top (6-3).

In Athens, UNICS Kazan stood tall and escaped with a big victory over Panathinaikos (72-74). The “Greens” could win the game, but Ioannis Papapetrou missed the three-pointer in the final seconds and the Russians sealed the deal. Panathinaikos dropped to 2-7. Meanwhile, UNICS now has a 4-5 record. 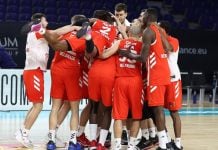 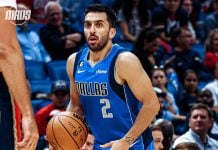