NBA Hall of Famer Jerry West is revered as one of the greatest team builders in the history of basketball and is responsible for the Los Angeles Lakers landing Kobe Bryant.

While he got off to a slow start, Bryant retired as a Laker legend and is considered to be the GOAT by many fans. However, 12 teams passed up on the opportunity to draft him in 1996, with West having planned to snag the Philadelphia-born teenager should he get the chance.

The former Lakers superstar, now an executive for the Clippers, sat down with Terrell Owens and Matthew Hatchette for an episode of Getcha Popcorn Ready with T.O. and Hatch. The full episode will air on Fubo Sports Network this Sunday and, in the clip below, West explains how he knew Bryant would be a special player, noting his mental toughness and ability to compete against grown men in superior fashion while still a teen.

Fubo Sports Network is a free sports network from live TV streaming platform fuboTV, featuring live sports and shows, like T.O.’s, that bring the voice of the athlete to fans.

You can watch Fubo Sports Network for free on Samsung TV Plus, The Roku Channel, Vizio Channels, LG Channels, and more as part of your fuboTV subscription. 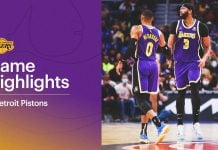 James Worthy says Lakers needed the type of game they had vs. Pistons 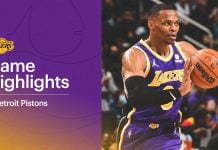 Russell Westbrook after Lakers’ win vs. Pistons: “I got a tech? Oh wow!”

Frank Vogel after Lakers’ loss vs. Bucks: Anthony Davis getting 0...

How basketball can provide health benefits

Talen Horton-Tucker could still start for the Lakers even when LeBron...