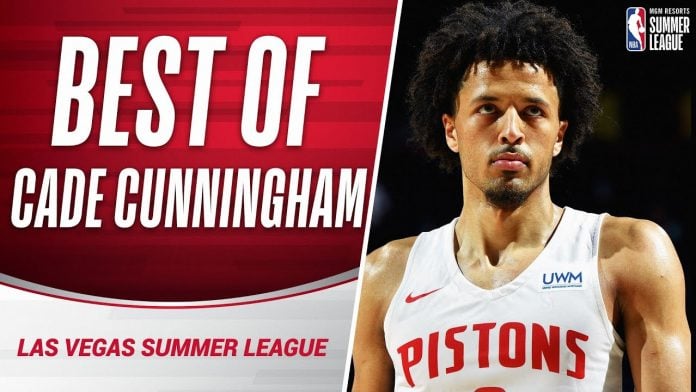 With the 2021-22 NBA season nearing closer, the Summer League had begun, and with it, we get to see some of the most touted young athletes of the year show off their abilities and prove why they deserve to be in the NBA.

If you want your child to follow in the footsteps of these aspiring pros, visit the following link for some of the best parenting advice around to help you and your child secure a productive and fulfilling career: https://www.betterhelp.com/advice/parenting/parents-learn-a-lot-from-these-parenting-fails/

Out of the dozens of new faces this year, these are the ones to follow:

Cade P. Cunningham is an American professional basketball player who plays for the Detroit Pistons. Born in Texas, he played college basketball for the Oklahoma State Cowboys.

The no. 1 overall draft pick this NBA offseason has been a star since his college days.

The new face of the Detroit Pistons is one to keep an eye on!

Jalen R. Green is an American professional basketball player who plays for the Houston Rockets.

Born in Merced, California, Green averaged 30.1 points, 7.8 rebounds, and 3.6 assists per game for San Joaquin Memorial as a junior in high school.

He was considered the best shooting guard in the class of 2020 and ESPN rated him as number one overall. Green was also selected by the Houston Rockets as the 2nd overall pick for the offseason.

In high school, Green won Gold for three consecutive years in the FIBA U16 Americas Championships. Jalen Green’s career statistics are great, with a 17.9 PPG, 4.1 RPG, and 2.8APG.

Jalen R. Suggs is an American professional basketball player who plays for the Orlando Magic. Born in Saint Paul, Minnesota, he played college basketball for the Gonzaga Bulldogs.

As a junior at Minnehaha Academy, he averaged at 23.3PPG, 4.3RPG, and 6.3APG. He was selected by the Magic as the 5th overall pick for the offseason.

Suggs is the first athlete in Minnesota history to win the state’s Mr. Basketball and Mr. Football awards in the same season.

ESPN has rated him the 5th best player in the class of 2020 and is considered a dual-threat quarterback.

Immanuel J. Quickley is an American professional basketball player who plays for the New York Knicks.

With the Summer League nearing its end, it’s now time to wait for the regular season where we will be able to see these talented athletes play alongside some of the world’s greatest.