The Los Angeles Lakers will need to pay Luol Deng a significant amount of money, even though the veteran forward has retired since 2019.

Deng signed a four-year, $72M deal with the Lakers back in 2016, but played very few games with the multiple time NBA champions.

However, even after his retirement in 2019, Deng has been receiving money from the Lakers, due to Cap Hold. The 2020 NBA champions had to stretch Deng’s contract in order to have cap flexibility and sign LeBron James back in 2018.

As a result, the Lakers will pay Deng a total of $4.9M next season and the veteran forward’s contract with the Purple and Gold will eventually come to an end in 2022.

Luol Deng currently is the head coach of South Sudan. 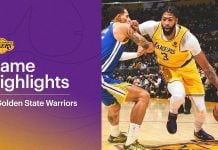