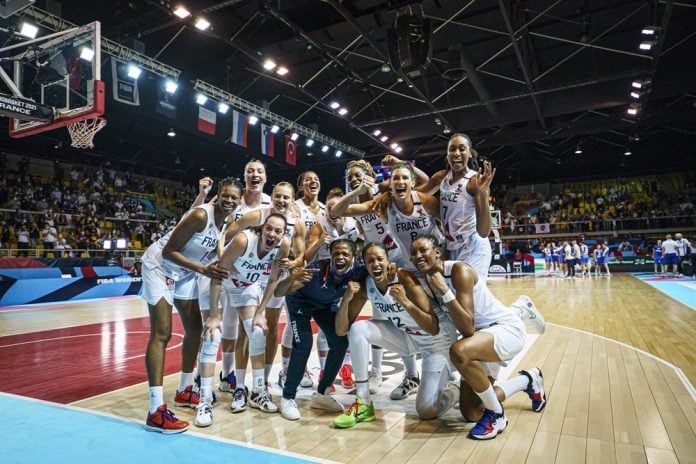 Joint-hosts France ended Bosnia & Herzegovina’s fairytale run with a reasonably comfortable 80-67 win. Sandrine Gruda and Marine Johnanes both had 15 points for France as they broke the game open in the second quarter and despite brief glimpses from the Bosnians, pulled away for good in the third to seal a place in the semi-finals.

Belarus stamped their ticket into the last four following a 58-46 success over Sweden. Maryia Papova secured a double-double of 18 points and 11 rebounds to lead the Belarussians, supported by Anastasiya Verameyenka’s 16 points and 10 rebounds. Frida Eldebrink led Sweden with 11 points.

Serbia denied Spain a third successive EuroBasket Women gold medal with a thrilling 71-64 quarter-final victory after a session of overtime in Valencia Spain’s Cristina Ouvina took the game to overtime by splitting a pair of free throws with two seconds left.

However, that was as good as it got as the Serbs took control in the extra period, holding the four-time winners to just two points.

Sonja Vasic led Serbia with 19 points and nine rebounds with Nevena Jovanovic adding 15 points and 10 rebounds as they look to emulate their success in 2015.

For the Spanish, led by 14 points from Ouvina, they miss out on a podium finish for the first time since 2011. A clutch step back basket from Belgium’s Julie Allemand with 5.3 seconds left sealed an 85-83 last eight win over Russia.

However, it settled a tie better remembered for its classic individual head-to-head battle between Belgium’s Emma Meesseman and Russia’s Maria Vadeeva.

In the end, it was Meesseman’s 33-point haul – along with Allemand’s bucket at the end that overcame the Russians and Vadeeva’s 30 points.

Curry can Emulate LeBron in the Longevity Stakes