Euroleague Basketball regrets having to announce that due to the ongoing global pandemic situation and in accordance with the recommendations of the German national and local authorities, it has been decided to organize the 2021 Turkish Airlines EuroLeague Final Four without any fans in attendance.

The decision comes despite Euroleague Basketball having spent a year since last season was cancelled prematurely developing a large number of options and scenarios with the intention of letting as many fans as safely possible take part in the Final Four.

However, since the health and safety of the fans and participants remain the paramount concern for all, attendance at the Final Four will now be limited to teams, working staff and selected media, all subject to strict hygiene protocols and regulations. Euroleague Basketball will also provide a remote service for all journalists not being able to attend due to current restrictions to provide them the same opportunities as if they were on-site.

At the same time, knowing that they cannot enjoy the Final Four in person, Euroleague Basketball is working to bring the best coverage possible to all fans when the event takes place at Lanxess Arena in Cologne, Germany on May 28 and 30.
Just as the 2020-21 season has been different than all others due to the absence of fans owing to the global pandemic, the Final Four will not be the same without them, either.

With the aim of bringing the Final Four to the fans in their homes, Euroleague Basketball will announce during the following weeks a series of innovative projects and content that will put the focus on the digital platforms to provide our fans exclusive behind-the-scenes content in order to put fans closer than ever to the players and teams during the pinnacle moments of the season at the Final Four.

Euroleague Basketball wishes to thank all fans for their patience and devotion under this season’s trying circumstances and looks forward to the day when all of you have the opportunity again to enjoy the games in person at arenas around the continent.

Pau Gasol on FC Barcelona failing to win the EuroLeague: “It’s a shame we did not win today because it is the most important... 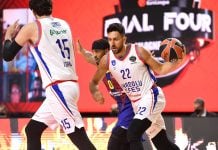 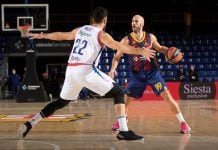 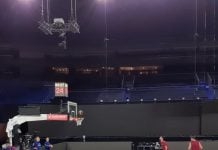