NBA legend Robert Horry addressed the possibility of being inducted into the Hall of Fame in the future.

Horry made it clear he will be proud if he enters the Hall of Fame, but if this doesn’t happen he will be fine with that.

“If the Hall of Fame comes calling one day, I’ll be proud. If it doesn’t, so be it. I know one thing, half those guys in there don’t have what I have, and that’s seven rings,” Horry told Ryan Ward of Lakers Nation. 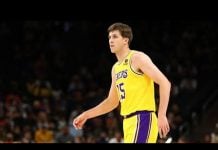 Robert Horry on Lakers’ win vs Grizzlies: “This was a weird game”

Lakers are close to being ready for the season, says Robert Horry

Robert Horry on Russell Westbrook: “I expect big things out of him”