“Sunday’s NBA All-Star Game, which included the Dunk Contest at halftime, averaged a combined 3.1 rating and 5.94 million viewers across TNT and TBS – down 24% in ratings and 18% in viewership from last year (4.1, 7.28M) and the lowest-rated and least-watched edition of the game,” Sports Media Watch reported. 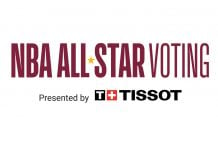