The Portland Trail Blazers are determined to turn things around, following the two heavy preseason defeats to the Nuggets.

Portland head coach, Terry Stotts, and the players were disappointed by the Blazers’ performance in both games.

With four days remaining until the start of the season for the team (December 23 vs the Utah Jazz), the Blazers need to make plenty of adjustments on both ends.

“We didn’t play well. We didn’t play well at either end… We’ve got a regular season game in a week. I think we understand that there’s some things we’ve got to get better at,” Coach Stotts told reporters, via Jamie Hudson of NBC Sports.

“I think right now — we just need to learn from our mistakes. Tomorrow practice hard and just learn from the mistakes we did tonight and just move forward,” Blazers big man Enes Kanter noted.

“We’re definitely going to watch film and see how they broke us down. We just got to continue to build off of certain things… Guys are trying to just get a different feel for everything,” Robert Covington said.

The Blazers have to work hard to turn things around and avoid a slow start to the season. 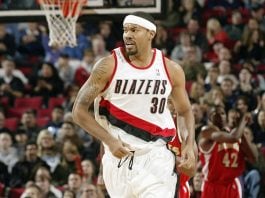