The (Men’s) FIBA World Championship wrapped up weeks ago, but the storylines continue heading into the NBA’s 2014-2015 season, as several stand outs from the tournament have helped boost their profile back in North America.

Now let’s be clear: these players aren’t going to appear in the NBA’s All-Star Game this year, and may not even start for their respective teams. But they have the potential to turn some heads, and after the way they played in Spain, they will have more opportunity to prove that potential than they otherwise would have.

Let’s look at the New Orleans Pelicans. They don’t exactly have strongodds to do well in the playoffs this season. Their +10,000 line (NBA odds reference:topbet.eu) is the third longest in the league. But those could change once Omer Asik makes his presence felt for his new team. The Turkish national averaged just shy of a double-double (9.9 points and 8.4 rebounds) for his home country, and could explode this season as the starting center for the Pelicans.

Bojan Bogdanovic, meanwhile, put his name on record after an excellent campaign at FIBA for Croatian team. The 25-year-old guard averaged 21.2 points per game while starting for Croatia, and is in the mix to start for the Brooklyn Nets this season in his first year in the league. Though his shooting isn’t incredible, he has made his teammates better in limited time on the floor in training camp.

Last but not least, Gorgui Dieng of Senegal put the NBA on notice by showing he could do more than just defend (as he did in college with the Louisville Cardinals), racking up 16 points and 10.7 rebounds per game.

While it’s certainly far-fetched to think that these FIBA stars will be able to rack up anything like those kind of numbers in the NBA, Asik, Bogdanovic, and Dieng are all poised to see more minutes than last season, particularly because of the prowess they showed in leading their teams in Spain. 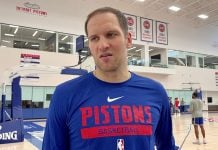 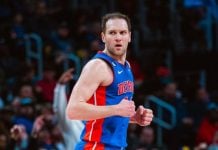