The National Basketball Association and Europe have a longstanding relationship. Since international players began playing in the NBA as far back as 1946, NBA rosters have had a European presence regularly.

Focusing on European players, the EuroLeague is home to some of the best teams and players Europe has to offer. The 2020 NBA Draft is the perfect example of European players and international studs making an impact, with names like Aleksej Pokuševski and Leandro Bolmaro both being selected in the first round. Killian Hayes was also another player in Europe selected high. Hayes was born in Florida but has French nationality and has represented France at the FIBA U-17 World Cup and FIBA U-16 European Championship.

We’ve grown accustomed to seeing future NBA stars playing in the NCAA, and some of these future NBA talents are even drafted out of high school. The social media craze has given basketball fans 24/7 access to clips, highlights, and mixtapes of future NBA stars. Even today, news breaks about when a top high school prospect transfers schools.

American high school and college sports are heavily covered, but we’re starting to see a growing appreciation for talented players overseas. On the national stage, America is rated #1 in the FIBA rankings, but then you have many European countries rounding out the top 10.

Luka Doncic is a top player in the NBA but first made his mark overseas. Doncic appeared for Real Madrid at the age of 16 and helped them win the EuroLeague title back in 2018. Anyone who followed Doncic’s career and checked EuroLeague scores knew how talented of an athlete Doncic was. Now Doncic is draining buckets in the NBA for the Dallas Mavericks. Dallas was also home to arguably the greatest European player of all time – Dirk Nowitzki.

Basketball is an international sport and players from Europe are marking their territory in the NBA. With so much hype surrounding NCAA and High School talent in the U.S., European players are often forgotten.

We have passed the days of Americans dominating the game on the international stage or the NBA Draft. The past few Olympics, FIBA events and NBA Drafts have proven that basketball is a global game and Europe produces top quality athletes.

European players have finally earned the respect they deserve. Talent is found all over the world and Europe has produced top NBA talents. With no signs of slowing down, Europe is a factory for future NBA talent. 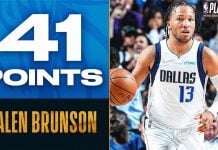 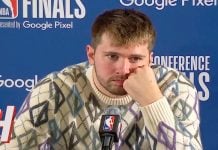