The Los Angeles Clippers are waiving center Joakim Noah and his agent says Noah is “likely headed toward retirement,” according to Adrian Wojnarowski.

Noah, 35, who was “one of his era’s most ferocious competitors,” had a 13-year NBA career with the Chicago Bulls, New York Knicks, Memphis Grizzlies and five games for the Clippers this past season.

“What an illustrious career for Joakim, starting with two national titles at the University of Florida, to becoming an NBA Defensive Player of the Year and ultimately evolving into one of the most passionate, spirited players to ever come through our sport,” Noah’s agent Bill Duffy said, via Wojnarowski. “It’s been my honor to represent Joakim through his journey.” 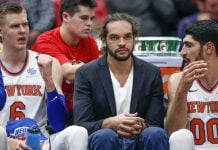 Tom Thibodeau on Joakim Noah: “Late as usual … My man” 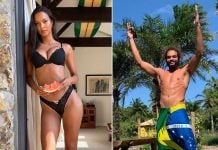