New Orleans Pelicans veteran JJ Redick turned 36 this year, but he’s not ready to call it quits when his contract expires after next season.

In fact, he plans to stick around and play several more years.

“I realized this year I want to keep playing as long as possible. My goal is to play four more years,” Redick said, via Mark Medina of USA Today. “Year 18. That’s my goal. I’ll play to 39. Then my offseason, I’ll turn 40 and then I can walk away at that point. That’s my goal. We’ll see. The body has to hold up. But we’ll see.”

Redick has played 14 seasons in the NBA after being drafted No. 11 in 2006 out of Duke and hasn’t showed signs of slowing down.

In 60 games this season (26.4 minutes per game), he averaged 15.3 points per game (fifth highest in his career) on 45.3 percent shooting from the field and three point range.

Redick’s shooting is more useful than ever in the modern NBA, which should allow him to be a valuable role player for the rest of his career, whether it’s with the Pelicans or another team.

Redick praised the Pelicans’ young core of players including Brandon Ingram, Lonzo Ball and Zion Williamson, saying, “they have a lot of potential and excitement”, but the team can only improve after they didn’t quite live up to expectations this season.

“I thought from a talent perspective and a depth perspective, we were a playoff team this year. So not to reach your potential as a team, you have to be disappointed in that,” Redick said. “You obviously have to self-reflect and self-grade with how could I have been better. Down the line, each guy has to do that. … I would expect us to compete for a playoff spot next year. There’s room to grow.” 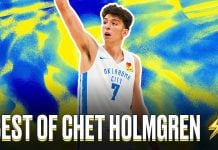