Dwyane Wade talked to LeBron James after the 2011 NBA Finals and told him the Miami Heat were his team to lead.

According to David Fizdale, then assistant coach of the Heat, Wade gave permission to James to take over the squad.

“This is your team. I’m here to help you now,” Wade told James, as Fizdale said during the latest episode of Knuckleheads with Quentin Richardson and Darius Miles.

LeBron James on how he studies other teams 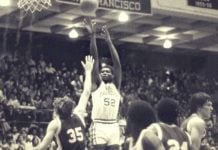 LeBron James on how he studies other teams

LaVar Ball says his sons could come to Lakers when “all...