The depleted Brooklyn Nets are about to play their first game in Orlando in few days. Jacque Vaughn will have to find a new-found chemistry among the various new additions the team made to play in NBA restart.

Furthermore, despite his losing record as an NBA coach (two seasons in Orlando), Vaughn has the chance to prove his ability to GM Sean Marks by coaching a playoff team, even under tough circumstances.

According to Brian Lewis of the NY Post, the Spurs’ coach tree “alumni” has a decent chance “at returning to the helm after taking over for the fired Kenny Atkinson”.

“Though the Nets’ goal in 2020-21 is to compete for a championship, two NBA sources insist Vaughn has a decent chance at returning to the helm after taking over for the fired Kenny Atkinson, now a candidate to coach the Knicks. Vaughn did not have “interim’’ formally placed in his title like the Knicks’ Mike Miller did,” Lewis wrote.

For the time being, Vaughn is the Brooklyn Nets coach. He is going to lead the team in Orlando having a quite different squad than the one he coached for two games in March, before the league’s suspension due to the coronavirus pandemic. 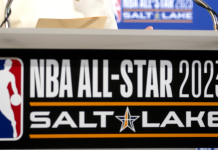