Los Angeles Lakers point guard Alex Caruso is loved by the fans of the Purple & Gold. Since joining the Lakers in 2017 he earned many nicknames. Before that the 26-year-old point guard was used to be being called just ‘AC’. But now it’s ‘The White Mamba,’ ‘The Bald Mamba,’ ‘The Bald Eagle,’ ‘The Accountant,’ ‘The Carushow…’ Not to mention occasional ‘GOAT’ chants.

During a one-on-one conversation with Manchester City striker Kevin De Bruyne Caruso was asked which of those nicknames is his favorite. It turns former Aggie prefers to be called ‘Carushow.’

“I like Carushow. I think that one is a nice little play on words, because it’s Lake Show. Lake Show was like back in like the 70s and 80s with Magic and Kareem and they were winning, and running up and down the floor, they called in the Lake Show just because it was a show right? It was just constant action, dunks, flashy passes. And then Caruso, Carushow, it just kind of ran together and they went with it” 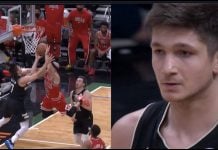 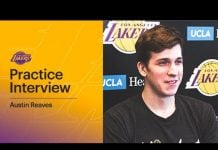