Former NBA player Jeremy Lin announced via Instagram that he has returned to China as the Chinese Basketball Association (CBA) is set to resume play.

Lin has averaged 24.2 points per game in 24 games with the Beijing Ducks this season.

The CBA suspended play in January due to the coronavirus outbreak. The CBA sent out a memo last week saying American players, including Lin and fellow former NBA player Lance Stephenson should return to China, as league play could resume as soon as April 2.

Stephenson has averaged 26.7 points per game in 29 games with the Liaoning Flying Leopards. 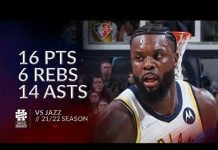 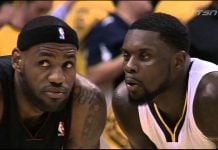 Lance Stephenson on being assigned to guard LeBron James: “It was a great challenge”

Lance Stephenson will play for the Nuggets affiliate