The NBA is considering the idea of moving back the next season due to the hiatus because of the coronavirus outbreak.

Recently, the Atlanta Hawks’ CEO proposed moving the start of the season to Christmas Day in order to avoid football. The NBA executives are entertaining the idea as this season pause remains.

“I even had one team president, who I respect, who I think has some level of influence in the league said to me the other day that he never really liked that Koonin idea, but the more he thinks about it now, the more it does intrigue him,” Adrian Wojnarowski said.

“That will be interesting. It may come out of necessity that next season starts in December and ends deeper into the summer. It would be a fundamental change to the calendar. Summer League, the draft, free agency…they’re all moved back,” the famous NBA Insider added during his podcast “Woj Pod”.

Furthermore, Wojnaroswski claimed that the league was already open to that idea.

“You’re going to hear more about that idea and maybe it gets tested out of necessity.” As a result, Bobby Marks underlined what the season would be like in this situation starting on Christmas Day. 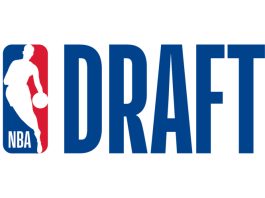