On this day four years ago in 2016, Stephen Curry hit a near half-court shot to beat the Oklahoma City Thunder in overtime.

Announcer Mike Breen made the moment even more memorable with his trademark “Bang! Bang!”

That was Curry’s 12th three-pointer of the night, which at the time tied an NBA single-game record with Donyell Marshall and the late great Kobe Bryant.

Klay Thompson, the other half of the splash brothers, since broke the record with 14 three-pointers in a game in 2018. 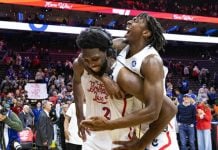 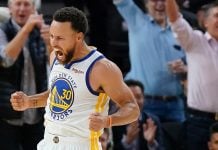