One of the greatest coaches in European basketball history, Ettore Messina of Armani Milano, is the newest guest on The Crossover with Joe Arlauckas.

Messina is one of just five coaches to become a continental champion four times, one of three to do so in the Final Four era, and holds the honor of winning the title at the start of the current century in the only five-game final series ever to decide the winner.

His roots are in Venice, Italy, where at 17 years old, after he missed free throws in a regional final for his junior team at Reyer, well-known pro coach Tonino Zorzi steered him into the profession after having observed Messina helping coach another of the youth teams in his free time.

“He told me, ‘You’re not going to be a player, you’re not good enough. But I saw you in the gym with the young kids, and I think you can become a good coach,'” Messina recalls.

“I thought about that two days, and I said, ‘You know what, let’s go. Let’s do it. And that’s how I got my start.’ To this day – and it might sound stupid, because I have had the luck to have a good career – but to this day, I miss playing. Even now, before every practice, while my players stretch, I shoot. I can’t stop doing that. I miss the experience of having been a player.”

Messina soon became one of the youngest pro coaches in Italy, proceeded to head that country’s national team, and returned to club basketball to win his first EuroLeague title with Virtus Bologna in 1998.

Three years later, when Euroleague Basketball began organizing the competition, he and Virtus won the title again in a five-game final series against Tau Ceramica that remains unique in European club competition history.

“Euroleague Basketball has done a lot of important things for coaches and players, like the celebration in 2008 of the 50th anniversary of the competition, and those are, let’s say, small big things.

His next two titles came with CSKA Moscow in 2006 and 2008, the first of them accompanied by great personal drama when Messina’s young son was hospitalized with a viral infection for more than a week soon after the team landed in Prague for the Final Four.

“I was in a bubble. I was thinking nothing. My wife was amazing, and my assistants and players… I just coached the games,” Messina recalls. “A lot of people deserve a lot of credit, more than me.”

After working in the NBA in recent years, Messina returned to Italy this season to help one of the country’s historic teams, Milan, rejoin the elite of the EuroLeague. He has no doubt about how challenging a task he has undertaken.

“The EuroLeague is the hardest competition in the world,” he says, “because you go from regular season to a playoff to make the Final Four – and then it’s do-or-die.” 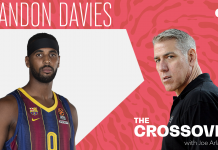 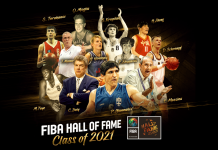