Griffin will visit a specialist in Los Angeles this week to weigh his options.

Griffin has only played in 18 out of 37 games this season and hasn’t played since Dec. 28.

He has averaged a career-low 15.5 points and 4.7 rebounds per game.

If Griffin does undergo surgery and miss the remainder of the season, Christian Wood and rookie Sekou Doumbouya will see increased minutes.

Both players started in the Pistons last game against the Los Angeles Lakers.

Doumbouya is averaging 12.3 points and 8.6 rebounds over his last three games when he saw increased minutes. 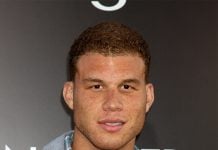 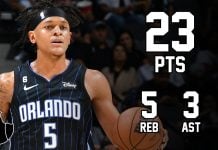