There have been numerous reports in both the US and Greece that the NBA club the San Antonio Spurs are interested in signing the Greek center Ioannis Bourousis.
Here is some further info for all the American NBA fans.

Bourousis is an excellent pick and roll player that also has an excellent mid range jump shot. He has shooting range to the NBA 3 point line, but he usually shoots from 15-20 feet. He has been developing a post game recently. He is a strong defender in the lane and at the basket. He is a tremendous rebounding machine and a very good dunker.

He did not start playing basketball until he was 18 years old. Like Tim Duncan he began his athletic career as a swimmer, but he grew too big for the sport and just like Duncan because of this switched to basketball. The development of Bourousis since then has been quite impressive as every single year he is noticeably better than the previous year. This season he led the Euroleague in rebounding and he was the league’s most efficient player per minute. He also led the Euroleague in PER. Those great stats led to the Houston Rockets GM and so-called “stats guru” Daryl Morey setting up a personal meeting with him. Bourousis was named the best center in the Euroleague, ahead of the highly touted and coveted Spurs draft pick Tiago Splitter.

At the 2008 Olympics in Beijing, almost all NBA international scouts that were in attendance agreed and reported that Bourousis outplayed Chris Kaman, Luis Scola, and Yao Ming in the games in which he played against them.

So it is certainly true that Bourousis is a very serious NBA prospect. He is certainly already better than most starting centers in the NBA and he is improving every season. So with that out of the way let’s get to the issue of if the Spurs can sign him or not.

Well, the Spurs have offered him a 4 year $12 million contract and some rumors indicate perhaps even more than that. Bourousis’ current team, Olympiacos, will obviously offer him significantly more than that to keep him as it is one of the richest sports clubs in the world and currently the basketball department has a budget that is bigger than that of most NBA teams. So on the money side clearly Olympiacos wins.

One sticking point for the Spurs remains the Vassilis Spanoulis situation. Spanoulis is the star of the Greek National Basketball Team. He is the star player on the best team in the world that is not in the NBA, Panathinaikos Athens. Spanoulis this year was the MVP of the Euroleague playoffs and he was named the Player of the Year in the Greek A1 league, which is a premiere national domestic league in Europe.

Since the best Greek player and a true superstar in Europe in Spanoulis went to the NBA with the Houston Rockets and was summarily benched all season by the former Rockets coach Jeff Van Gundy, most all of the top Greek players have since been scared off by the NBA.

The Greek basketball stars Theo Papaloukas and Dimitris Diamantidis have both turned down full MLE NBA contract offers since then, both citing how Spanoulis was benched all year by an NBA coach that had told Spanoulis he does not like European players. So because of this, Bourousis, like all the other Greek national team stars is very worried about being treated the same way as Spanoulis was in the NBA.

To this issue, Spurs head coach Greg Popovich wants to meet Bourousis in person in San Antonio to discuss that very issue with him. Popovich would like to assure Bourousis that he will give him every chance to become the team’s starting center. We will see in the next few days how this story plays out. 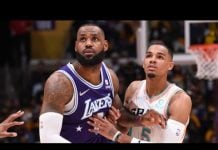