After six losses in seven games, the Denver Nuggets now have a four-game winning streak, after dominating the LA Lakers at home (117-85).

The hosts played excellent defence in the second half and conceded just 35 points. As a result, they outscored their opponents 59-35 and cruised to an easy, 32-point victory.

Kyle Kuzma led the losing squad in scoring, with 21 points, yet he couldn’t give his team the victory. LeBron James posted 14 points, on 5/15 shooting, while the visitors had a terrible percentage from beyond the arc (5/35). 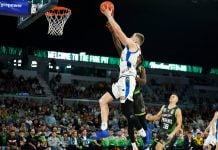 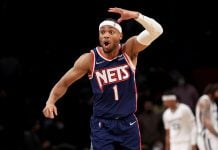