As Alessandro Gentile revealed in the Italian newspaper La Stampa, he will take part in the Houston Rockets’ training camp.

The 25-year-old player, who had been selected with the 53rd pick by the Minnesota Timberwolves in 2014, but was traded to the Rockets, mentioned that Houston already had their eyes on him since 2016.

“I know that they have been following me for two years. Mike D’Antoni already spoke to me in 2016 and now they want to see me.”

Gentile, who played for Virtus Bologna last season, added he is very happy that the Rockets have invited him to join their training camp.

“It’s a dream, I talked about it with Belinelli; he played with Paul and talks about it with a normality that disorients me. I only saw Paul while playing on PlayStation.

I think I can express myself more easily abroad. In, Italy some prejudice has been created about me, also because of me.” 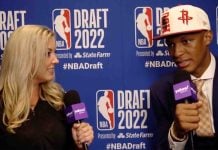 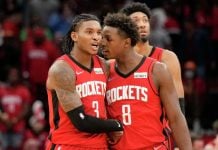 Report: Kenyon Martin Jr. tapped Rockets to talk of possibility to be traded

Canadian Basketball Teams That Are Sponsored By Online Casinos