The penultimate night of NBA All-Star weekend saw player showcasing their individual talent as Spencer Dinwiddie, Devin Booker and Donovan Mitchell coming out on top in their respective challenges.

However, Dallas Mavericks’ Dennis Smith was not happy with the judges’ decisions after he came third overall. He used Twitter to compare his first dunk, which was given 39 points, with the dunk missed by Victor Oladipo, which had 31 points.

Around 150 NBA players were in Miami during All-Star Weekend, says Brian Windhorst 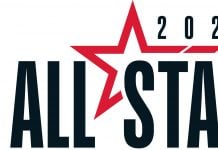 This Paul Pierce story of Doc Rivers is a comedy