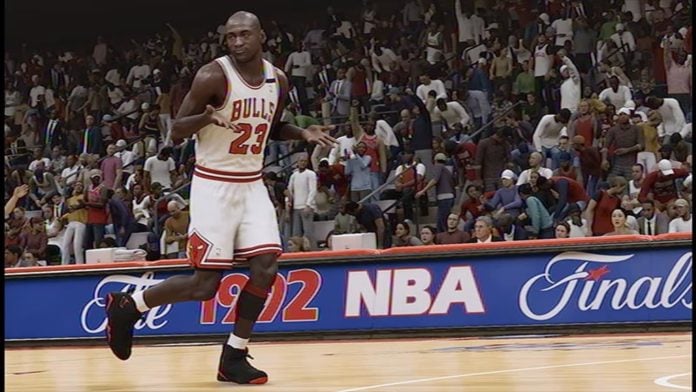 The NBA2K23 took the current gaming field by storm due to its hi-tech features and advanced gameplays that blend very well to the desire of basketball gamers. Being the 24th installation of the NBA2K, the game needs to be more special – which prompted the developers to make a sudden tribute that is truly worth playing for. (Writer’s note: Want to easily earn money? Try and click this no deposit bonus code. Enjoy!)

For the first time since the NBA 2K11, the NBA 2K23 has activated the Jordan Challenge. In this gaming mode, you can play and take a look back on Michael Jordan’s memorable moments and legendary games of his illustrious career. Being the greatest basketball player in history, His Airness offers indelible and enjoyable occasions in history that are very much interesting to try and experience, at least through a digital game.

Besides having the opportunity to play as Jordan, the Jordan mode allows gamers to have an old-school graphics or a trip-back memory lane, possessing 90s-ish features highlighted by an old video presentation and audio commentary that displays nostalgia.

With the overwhelming number of basketball memories that Jordan has carved in the history of the sport, here are the top three moments of his career that are worth playing for on the NBA 2K23’s Jordan Challenge.

“I think he’s God disguised as Michael Jordan,” Larry Bird said. “He is the most awesome player in the NBA. Today in Boston Garden, on national TV, in the playoffs, he put on one of the greatest shows of all time.”

For the great Larry Bird to deliver that godly praise on you, you will surely going places.

Before cementing his place as a Tier-1 player in the record books, a young, athletically-peaked Jordan was still trying to establish himself as a force to be reckoned with. And facing a daunting Boston Celtics team, he can’t even more delighted to establish a league-wide statement.

Jordan feasted against one of the greatest teams of all time in ’86 Celtics. He jolted the entire raucous Boston Garden and threw a party of himself, going off with 63 points, still the highest-scoring playoff game ever.

Though the 63-point sheet he registered went on to become a wasted losing effort, his performance and determination against Boston will remain unblemished in the memories of diehard hoops faithful especially coming from that 80s era.

In heart-pounding moments, Jordan was a merciless menace and capably ready to mince his opponents into pieces.

Facing a do-or-die game on the road with odds rising against them, MJ propelled Chicago against the Cleveland Cavaliers in the series-deciding Game 5 of their 1989 Eastern Conference First round encounter. After dropping all of their games on the regular season series they got, Jordan made it sure to move past against the Cavs when it mattered.

Shredding 44 points, Jordan had a picture-perfect moment in history for his last two markers – sinking a dramatic shot over Craig Ehlo to punch the Bulls’ second round ticket. Overwhelmed by emotions, Jordan celebrated with all of his heart, with Ehlo and the rest of the Cleveland unit left in tears.

MJ’s last shot against the Utah Jazz back in Game 6 of the 1998 NBA Finals deserves to be placed at Top 1.

Capping off his greatest chapter wearing the red and black, Jordan willed Chicago through adversity and towering odds that the Karl Malone-John Stockton Jazz have offered. Playing in a hostile territory as they were holding a 3-2 series lead, Jordan landed the final blow – a midrange jumper over Utah wing Byron Scott – to seal the Bull’s dynastic state of six NBA titles in the 90s decade.

The historic game saw Jordan scoring over 40 markers and securing the Chi-Town’s second three-peat. Though all special things have ended following the sequence, you can’t ask for a much better concluding move for Jordan with his ‘Last Shot.’

For a complete gameplay of the NBA 2K23’s Jordan Challenge, take a look at the video below: