Recently LeBron James and his eldest son Bronny attended an NCAA football game between Ohio State and Notre Dame. The crowd at Columbus chanted “We want Bronny!” expressing their desire to have the 17-year-old guard play college basketball for the Buckeyes.

The player also had a photoshoot wearing Ohio State’s uniform. “buckeye nation? #notcommitted,” Bronny wrote on his post, indicating that he is yet to commit to any college.

Several colleges have been mentioned by the media as potential destinations for Bronny. Playing for the Buckeyes would be a homecoming for James Jr. who was born in Ohio. 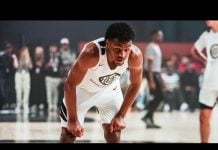 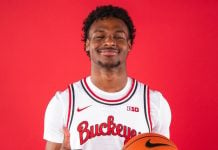 Hillary Cauthen has dropped the lawsuit against Joshua Primo