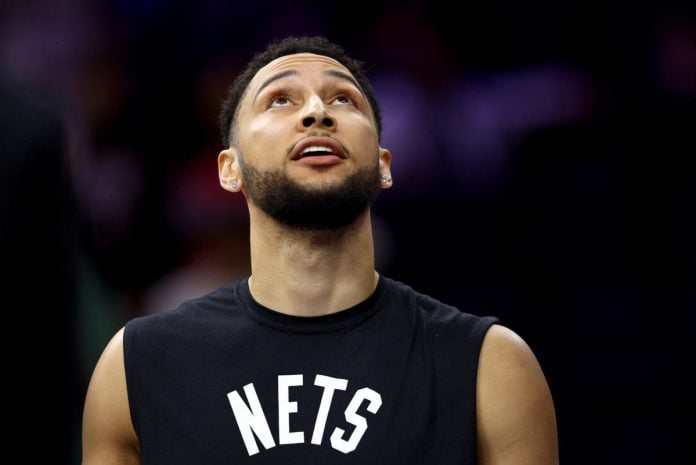 The Brooklyn Nets have made all headlines this offseason, including Kevin Durant requesting a trade earlier this summer. Last week, FS1’s Ric Bucher, while on The Herd, said that Simmons left the Nets team group chat after they asked him if he would play in game four against the Boston Celtics after they lost game three at home.

Simmons then reacted on Twitter as he criticized the story of Bucher.

Simmons also retweeted a video from Pat McAfee Show with Shams defending him. The Athletic and The Stadium’s Shams Charania said that the story is false and never happened.

Shams also gave an update on Simmons’ recovery looking to play in 2022-23 after missing out on the previous season.

On Monday morning on First Take, Stephen A Smith reported that he ran into Simmons and the All-Star guard told him he was ready to play.

“You and Kyrie and Ben Simmons — who, by the way, news flash here. I ran into Ben Simmons. He and I had a nice conversation … I support the brother. I had a problem with him not playing. That’s the past. He’s ready to go. He swears he’s ready to go, said Smith [H/t For The Win].

Speaking of Ben Simmons, ESPN’s Adrian Wojnarowski recently reported that Simmons and the Sixers have agreed on his grievance settlement agreement.

Kyrie Irving on Ben Simmons: “We have to help him as teammates”