The Boston Celtics yesterday announced that they have re-signed forward/center Luke Kornet. Per team policy, the terms of the deal were not disclosed.

“We are thrilled that Luke chose to come back,” said Celtics President of Basketball Operations, Brad Stevens. “Luke is a skilled big who can play off the roll or pop and is a good rim protector on defense. On top of that, he’s always added value as the consummate pro who puts team above self.” 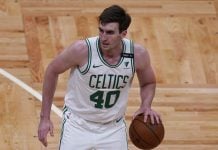 Celtics’ Luke Kornet on his long distance block contest against threes: ‘I’ve been told it works’ 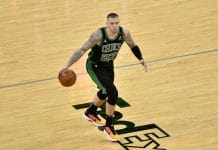 Luke Kornet: “I definitely hold a lot of the European basketball in high regards”