According to Daily Mail, Brittney Griner’s detention in a Russian jail has been extended for another six months ahead of her cannabis possession trial which is now set to begin on Friday.

Photos obtained by The Associated Press showed the 31-year-old in handcuffs: 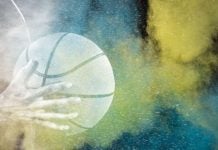