Draymond Green is one of the best defensive players in the NBA. Playing good defense includes being physical and that often results in foul calls from the referees.

According to Green, who is playing his 11th season in the league, he has earned a differential treatment from the referees. He said this when asked if expected to get a second technical foul for his scuffle with Jaylen Brown.

“Not at all [concerned],” the three-time NBA champion responded. “It’s the NBA Finals. I wear my badge of honor. It’s not that I’m saying they necessarily treat me different. I’ve earned differential treatment and I enjoy and I embrace that.

“But I’m never going to let someone stand over me. I’m a man first. My kids are in the stands. I don’t play like those type of games. So, whatever happens at that point happens.” 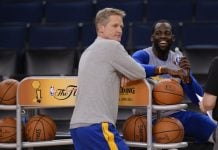 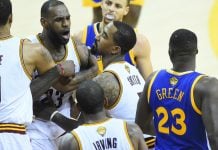 Draymond Green on Russell Westbrook and Lakers: “I one hundred percent think the fit is terrible”

Draymond Green on not thinking about Lakers