Bayern Munich will become the first EuroLeague team to launch their NFT collectibles in recognition of making this season’s playoffs.

The collection is set to drop today (Thursday) at 18:00 CET in partnership with Berlin-based start-up, FANZONE, offering all new users a free pack right away.

The first player collection will include 43 motifs of the current Bayern team in different versions and with ever rising exclusivity and value.

The cards are divided into three different card packs containing five to nine cards each with different levels of rarity.

“With my close ties to the NBA and my friends who still play there, I know how great NFTs can be for fans and I’m very happy that my club is now starting its own NFT project”, Bayern Munich forward and NFT fan, Paul Zipser said.

What is an NFT?

An NFT (non-fungible tokens) is a digital asset that represents real-world objects like art, music, in-game items and videos. They are bought and sold online, usually through cryptocurrency or bitcoin.

They were introduced by EuroLeague for the first time at last year’s Final Four in Cologne.

Golden State Warriors became the first team to release their own NFT collection back in April 2021. 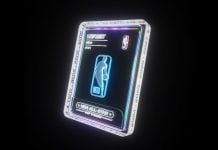 Andre Drummond is launching his own NFTs