No matter if it’s football or basketball, the draft is always a gamble. Sure, most great collegiate players go on to become NFL or NBA greats, but some people peak in high school, so you can never be sure.

Today we’re looking at the biggest draft busts in NBA history. These are times when a player was picked at the draft only to put on a poor show. We’re about to get familiar with some of the NBA’s bad bets, so check out NBA odds if you want to place some dubious bets of your own.

Our first big bust is Adam Morrison, an accomplished college player who was chosen by the Charlotte Bobcats in the 2006 Draft. At the time, he led the nation with 28.1 points per game and had five collegiate games where he made 40+ points. His three-pointer accuracy was 42.8%.

After his rookie season, his shooting and defense fell off. He was removed from starting and then got injured, rode the bench, and ducked out. He did win two NBA championships, however, which is more than players like Karl Malone, Charles Barkley, and Reggie Miller.

This one happened back when players would slide into the NBA right out of high school. Kwame Brown was a nearly-seven-foot giant that averaged 20.1 points, a literal dream come true. The Washington Wizards drafted him in the 2001 draft.

Then he played 57 games and averaged 4.5 points and 3.5 rebounds. Turns out being tall isn’t everything – you’d much rather have an Allen Iverson on your team than a Kwame Brown.

Sometimes a bust happens because the player just started too late. Michael Olowokandi started when he was 18 – that’s already too late to compete with men who have been dunking since they were 12. He did well in school, averaging 22.2 points.

The L.A. Clippers grabbed him in the 1998 draft. His rookie season was fine, then he injured his knee, missed 100 games, and later got arrested.

Our next draft bust gave the label to himself, so you know it’s a good one. Chris Washburn logged some jail time and flunked his SATs in college – both warning signs. Despite this, the Golden State Warriors claimed him in the 1986 draft.

Then came the cocaine addiction and the kidney infection, just in his rookie career. He averaged 3.8 points and 2.9 rebounds after 35 games. He later failed drug tests and got banned for life. Fortunately, Washburn is clean today and can acknowledge his status as an NBA draft dud.

In 2007, Greg Oden looked like the Portland Trail Blazers’ saving grace. Oden was seven-foot and averaged 15.7 points too. However, his career was hampered by injuries after a promising start.

Oden only played 21 games and that’s a shame because he had potential. Even after the first injuries, he did quite well. Sometimes a player is a bust because of circumstances beyond their control.

Hasheem Thabeet is another disappointing giant that failed to make a splash in the NBA. At 7’3”, Thabeet distinguished himself at the University of Connecticut as a very tall but also very accurate shooter, with 64% efficiency.

He joined the Memphis Grizzlies in 2009 but didn’t log much time. Thabeet became the world’s largest hot potato. His NBA career meandered and came to an unceremonious end.

Before Greg Oden, the Trail Blazers also had one of the first-ever publicized NBA busts in the 1970s. Like most here, Martin was great in college, averaging 18.2 points and 15.9 rebounds.

However, he was inefficient and inconsistent. He averaged 4.4 points in his first NBA season and nobody dared to field him.

The Trail Blazers know how to pick ‘em, huh? After Martin, Sam Bowie came along. Was he bad? Not really, he suffered injuries, but the biggest problem was that he was chosen over Michael Jordan.

Hindsight is 20/20, after all. From there, injuries with his tibia took him out of games.

The Cleveland Cavaliers do know how to pick ‘em – LeBron James, Kyrie Irving, Anthony Bennett… who? Bennett was one of the NBA’s worst duds. The Cavs selected him first but then he averaged 4.2 points for the season.

After bouncing to Minnesota, then Toronto, then Brooklyn, Bennett’s career came to an unsatisfying end. Even his career stats are still at 4.4 points and 3.1 rebounds.

In 2003, Serbian basketball rookie Darko Milicic was brought into the NBA. He showed skill, was seven-foot-tall, and was accepted by one of the NBA’s best teams at the time – the Detroit Pistons.

In his two seasons with them, he averaged just 1.6 points and 1.3 rebounds. That’s just painful. However, the Pistons won the championship during his rookie season, so he has an NBA title to his name!

Those are the ten biggest busts that came from the NBA draft. With drafts happening every year, there’s no doubt that we’ll see more disappointment going forward. 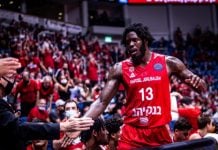 How Rasheed Wallace made it difficult for Darko Milicic to succeed with Pistons, per Alex Acker

Former NBA Draft Insider on Darko Milicic: ”Larry Brown was not convinced that Darko was going to be a star”