LeBron James, Anthony Davis and Russell Westbrook combined for 82 of the Lakers’ 110 points in a win over the Pistons.

According to the seven-time NBA champion Robert Horry, when the Big 3 play inspiring basketball it increases Lakers chances of winning games.

“I always joke about the Big 4, I still have that. But more so the Big 3 showed up,” Horry said on Spectrum SportsNet. “You got AD coming out being aggressive in the paint. Finally made two threes in a row. Westbrook not turning the ball over, having three turnovers and being aggressive.

“But King James, 33 points. He came out, was fantastic on both ends of the floor. He was inspired by either the losing streak or Isaiah [Stewart] being back in the building or what may be. But I don’t care. I want them to play inspired basketball all the time. 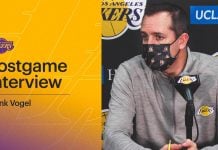 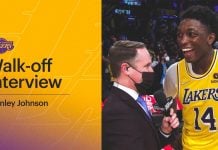