DeAndre Jordan could return to Los Angeles if his contract is bought out by the Brooklyn Nets. Except this time it would not be the Clippers but their city rivals the Lakers.

A couple of days ago, a report appeared suggesting that the Lakers are interested in the 33-year-old center. The rumor was further confirmed by another report by Jake Fischer. According to him, the Lakers are ‘one suitor to keep an eye on’ if Jordan becomes a free agent.

Jordan spent the past two seasons with the Nets, though for the majority of his NBA career — 10 out of 13 years — he was with the Clippers. This past season, he averaged 7.5 points, 7.5 rebounds and 1.6 assists per game. 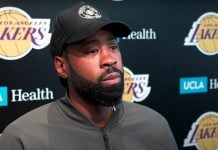 DeAndre Jordan sends message to Lakers fans: “It’s going to be a great season for you guys” 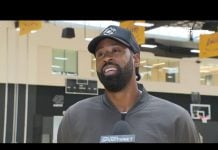 AS Monaco to relocate for EuroLeague home games