Joel Embiid is having the best season of his career leading the Philadelphia 76ers to the upper echelon of the Eastern Conference, and being among the candidates that could win the MVP award.

Prior to a knee injury that kept him out for almost three weeks, the superstar big was the primary candidate for the MVP award this season.

Embiid had a terrific game against the Dallas Mavericks on Monday night starting with 23 points in the first half. He finished with 36 leading the Sixers to a 113-95 blowout victory.

After the game, the four-time All-Star compared his dominant season to another legendary big, who won the MVP award back in 2000, Shaquille O’Neal.

The then Lakers’ superstar had a dominant season that year. The Lakers ended up winning the NBA title thanks to Shaq’s dominance and the brilliance of Kobe Bryant, who also had incredible numbers that season. 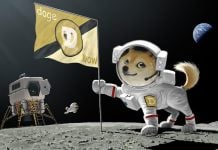 Tyrese Maxey: “My role on this team is to always stay ready”