Blake Griffin has officially agreed to a deal with the Brooklyn Nets for the remainder of the 2020/21 NBA season.

Griffin parted ways with the Detroit Pistons last week and joined the Nets once he cleared waivers on Sunday.

The agent of the veteran forward, Sam Goldfeder, confirmed the news while speaking to Adrian Wojnarowski of ESPN. 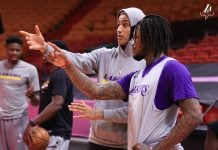 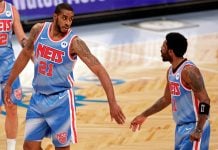 Kevin Durant on his performance vs. Pelicans: “I wasn’t trying to...