In a game that was originally scheduled for Round 6, the Italians went on a 23-9 run in the second quarter and never looked back. They led by 20 at halftime (42-22) and cruised to the victory (75-55), as the Germans never recovered after that.

Thanks to this victory, Armani improved to 6-3, whereas ALBA dropped to 3-7.

In France, in a EuroLeague Round 3 game, ASVEL crushed Panathinaikos (97-73) and claimed its second straight EuroLeague win.

The French beat the “Greens” in each of the four quarters and earned a 26-point victory, with Panathinaikos making another disappointing performance in the EuroLeague.

ASVEL now is at 3-6, whereas Panathinaikos has a 3-7 record. 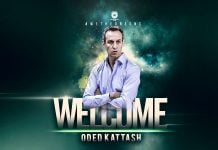 Anthony Davis says the Lakers are ‘very capable’ of beating the...

Doc Rivers says the Lakers ‘showed up like champions’ vs the...

Magic Johnson wouldn’t be surprised if Sixers play the Lakers in...

Raptors’ Kyle Lowry out with right foot injury vs. the Miami...