Mark Cuban, the billionaire owner of the Dallas Mavericks, shared an update of how the recovery of his former player Delonte West is progressing.

One of the two pictures shared by Cuban on Twitter include West and three other people holding frisbee discs. The other sees West rowing in what appears to be a river.

“Because we all want something to feel great about today, here is your Delonte West update. It’s still an uphill battle, but he is climbing!” Cuban tweeted.

Cuban took action to help deal with his drug addiction after a number of pictures were posted on the internet in which West was seen sleeping under the bridge and asking for food and money. 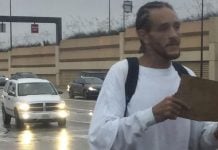 Tyler Herro: “I’m getting ready for the season”