Alvin Gentry could work alongside Doc Rivers in the Philadelphia 76ers as an assistant coach.

As Adrian Wojnarowski of ESPN reports, there is a serious possibility of Gentry joining Rivers’ staff in the Sixers.

Gentry parted ways with the New Orleans Pelicans after five years as head coach. He has been an assistant coach with the San Antonio Spurs, the Los Angeles Clippers, the Miami Heat, the Detroit Pistons, the Phoenix Suns and the Golden State Warriors.

For his part, Rivers left the Clippers after seven years and will be the head coach of Philadelphia for the next five years. 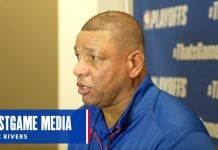 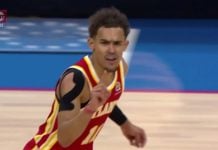 Trae Young after Game 5 win: “We never stop believing until the final buzzer goes off”

Charles Barkley on Sixers losing Game 5: “This was a complete choke job”