Minnesota Timberwolves forward Juancho Hernangomez won’t participate in the team’s upcoming minicamp, as he is filming a movie overseas.

Hernangomez, who will be a restricted free agent this offseason, made the commitment before he knew the “bubble” camp was going to be scheduled for this month, according to Jon Krawczynski of The Athletic.

The NBA’s bottom eight teams, who didn’t participate in the NBA restart in Orlando, will begin conducting group workouts at their team facilities next week in a campus-like environment under controlled conditions.

The Timberwolves front office previously expressed their desire to keep Hernangomez, who they acquired at the trade deadline from the Denver Nuggets. 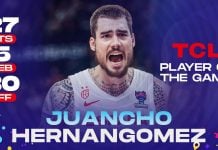 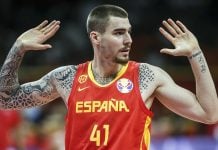