Former NBA player Nate Robinson and YouTuber Jake Paul will fight on Sept. 12 in California as an undercard to Mike Tyson vs. Roy Jones Jr.

“I wanted to show that I’m a world class athlete, I played college football, played in the NBA for 11 years, and I’m excited for this venture into the sport of boxing,” Robinson said in a statement. “Jake Paul, I want all the smoke.”

“I am excited to partner with Triller and get in the ring to fight an elite athlete,” Paul said in a statement. “But make no mistake, on September 12, Nate will meet the canvas early.”

Back in early June, Robinson called out Paul for boxing against weaker opponents and said he wanted to give him a real match.

Robinson will have a chance to do just that in a couple months. 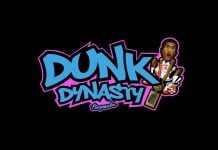