Meanwhile, the Clippers will face the Magic (July 22), which will be the first game involving NBA teams since March 11, Wizards and the Sacramento Kings.

Milwaukee Bucks, who have the best record in the league, will take on the San Antonio Spurs, Kings and New Orleans Pelicans. 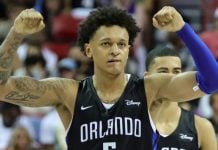