Former NBA player and outlandish personality Dennis Rodman and the leader of North Korea, Kimg Jong Un realy hit it off during a basketball exhibition game in Pyongyang.

We had mentioned earlier in the week about Rodman’s arrival to North Korea to promote a so called “basketball diplomacy” and the results have been tremendous so far. {jathumbnail off}

Not only the two of them met at the basketball game, they really hit it off and as a matter of fact the North Korean leader invited Rodman, three Harlem Globetrotters players and the VICE media crew back to his place for a party. Sources say the group had a great time at the party. 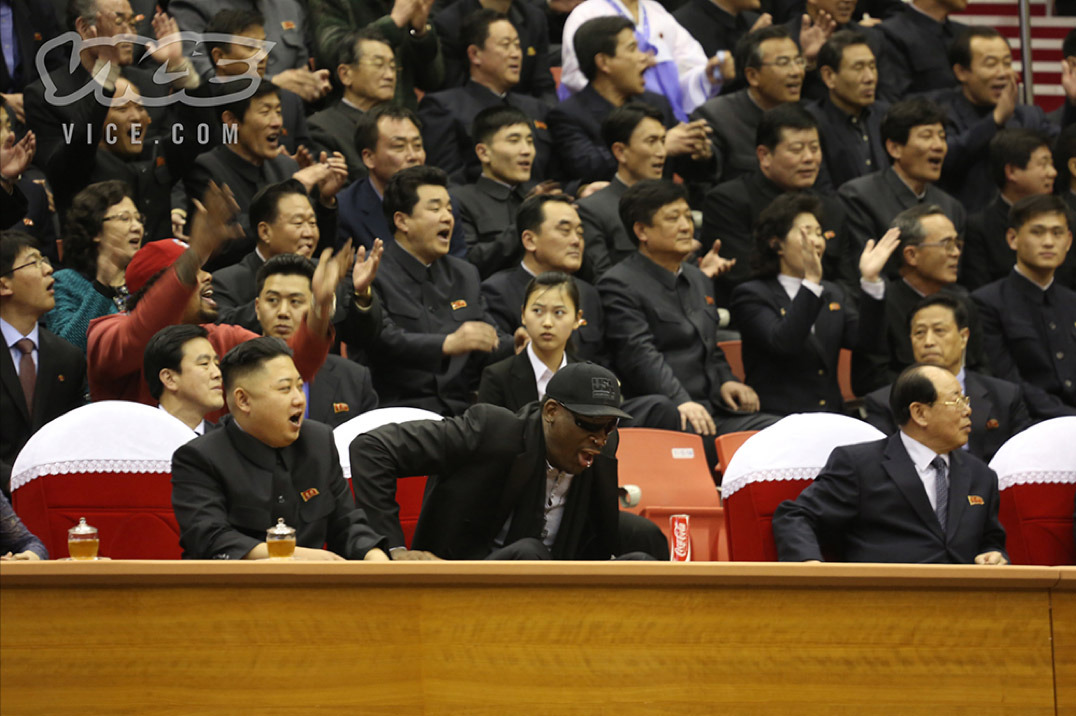 Food and trade embargo, invasion, international isolation and access to internet were among the many threats and reasons the West had used to get some face to face time with Kim Jong Un since he took power some years ago, but they all failed where basketball triumphed, mainly due to the family’s well known love for the sport.

“You have a friend for life” was Rodman’s message to Kimg Jong Un during his public speech at the basketball game while the Sexiest Man Alive expressed his hope for improved bilateral relationships between his nation and USA.

Miraculously enough, the exhibition game ended with a 110-110 tie, another unique occurance in the life of a nation whose former leader was born during a double rainbow, had the ability to change the weather and cherished a signed Michael Jordan jersery (we are not making these things up).