In a blockbuster move Bilbao Basket has acquired the rights of Dario Saric, one of the hottest prospects of the world.

According to reports from Croatia and Solobasket, Dario Saric will be a Bilbao player for the next four seasons.

As reported by the Spanish website Bilbao has agreed terms with both the player’s club KK Zagreb and the player himself and all sides are now waiting for approval by FIBA to officialise the deal.

Bilbao will loan Saric to Cibona for the 2012/13 season, a tactic they use for almost all of their young prospects.

Even though they didn’t qualify to Euroleague, Bilbao administration seem decided to continue investing in new exciting prospects. 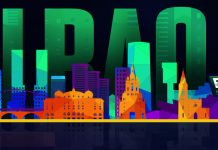